Article was made by Petapixel on October 14th, 2013 but we just had to share it just amazing stuff. 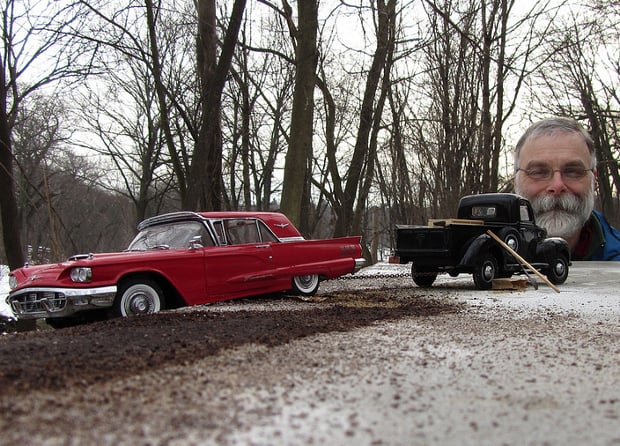 Mixing up miniature cars, detail items and buildings into a scene whose backdrop is the real world, he shoots the gorgeous miniature vistas of the town he has created and named “Elgin Park” — and he does it all with a cheap point-and-shoot.

Elgin Park is some 25 years in the making, as are Smith’s modeling and diorama photography skills. In an extensive interview with Fstoppers, he describes his tools, his process and the minute attention to detail that creating these scenes requires.

Ironically, Smith has diagnosed himself as “math challenged,” so when it comes to properly framing the forced perspective, he simply eyeballs it. Years of experience have led to an uncanny ability to do this right on the first shot, but if he doesn’t, he simply goes up and unceremoniously drags his table/models into the correct spot. 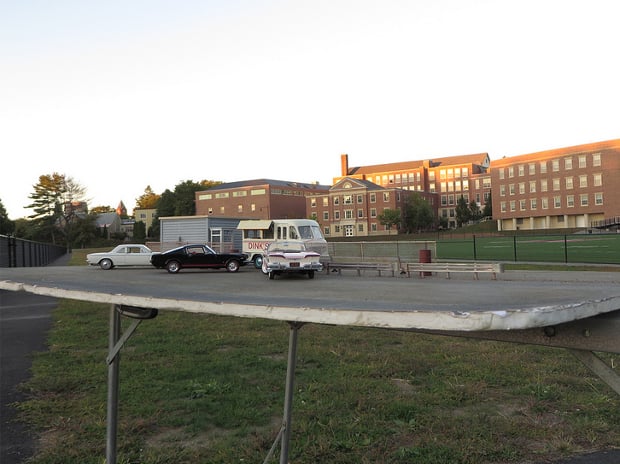 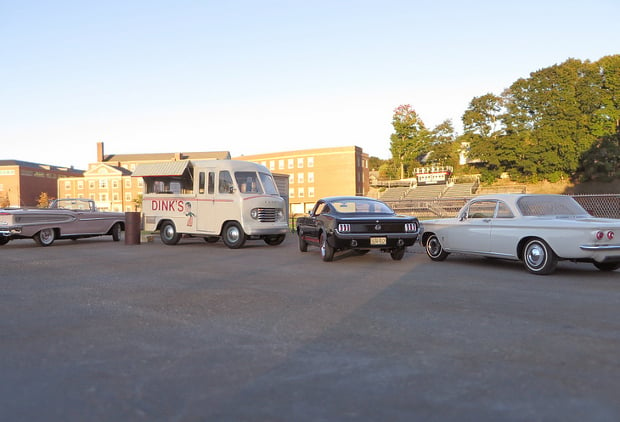 The most intriguing part of Smith’s creations, however, isn’t how insanely detailed these models are (some of the cars have seats that move on rails and glove compartments that open and close) or even the fascinating process that he goes through from idea to final product.

The most intriguing thing is that he does this entirely outdoors, using natural light and a 14-megapixel Canon SX280, which goes for about $250 online. Before the Canon he used a 12-megapixel Sony, and before that a 6-megapixel Sony that was actually his favorite because, get this, 14 megapixels is too much resolution.

“14 megapixels is almost too much for what I need to take convincing diorama shots. There is too much information being recorded which makes every little detail show up in the photographs,” he tells Fstoppers. “When working with miniatures, at least for myself, too much detail distracts from the total scene.” 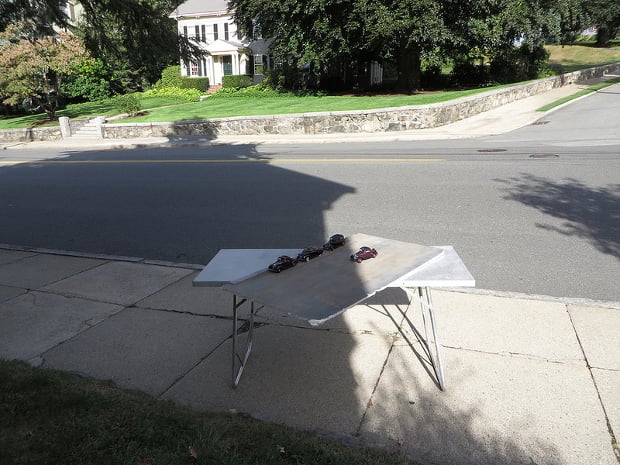 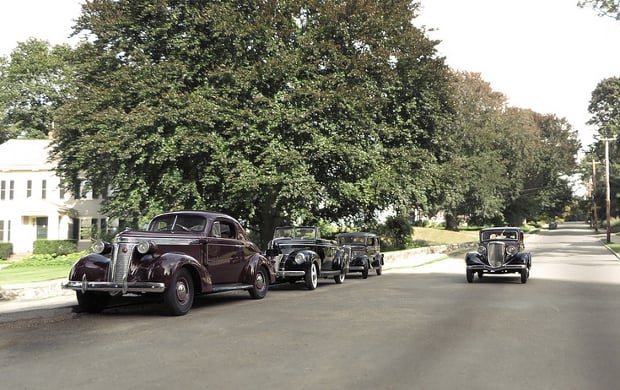 Although he tends to self-deprecate a bit in the interview where his skills are concerned, don’t let him fool you. As his photography obviously shows, he’s very good at what he does. Whether it’s a high-school stadium parking lot scene, or a DART truck unloading a washer and dryer in a residential area, his miniatures really are quite stunning.

Here’s a look at more of what he’s put together over the years, with the behind-the-scenes photo first and the final product second & at the then is a video: 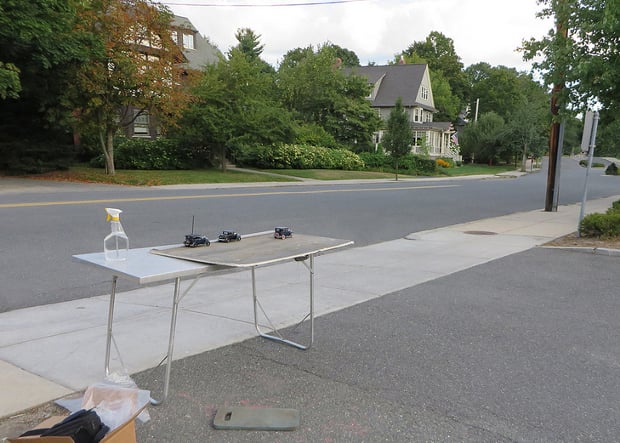 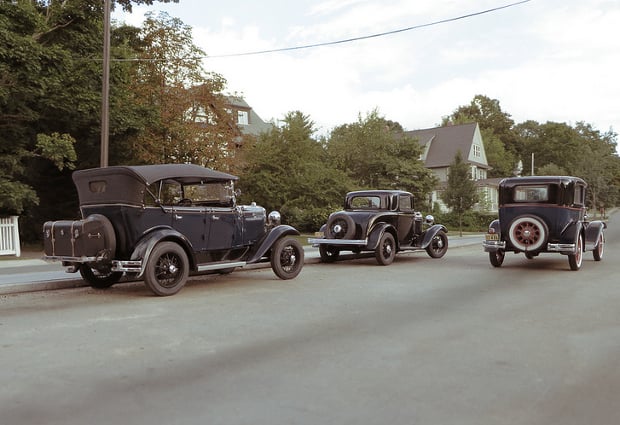 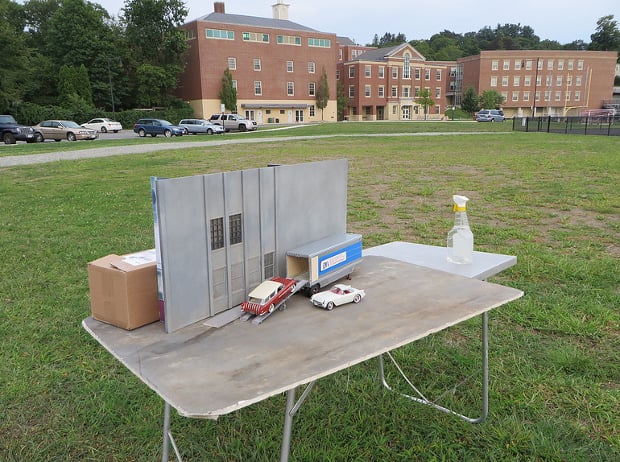 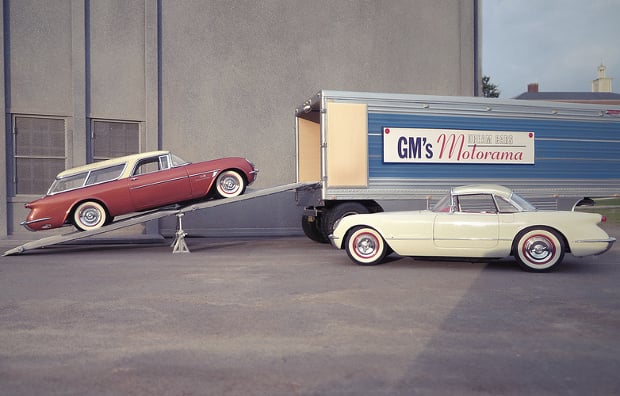 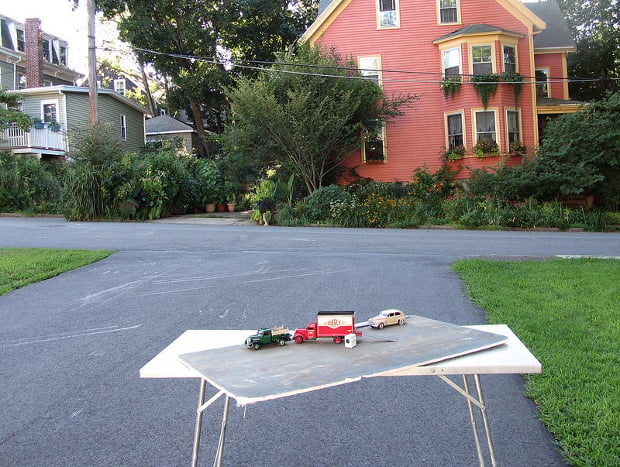 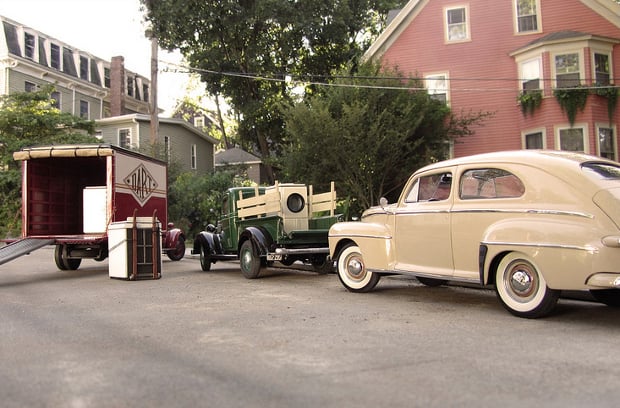 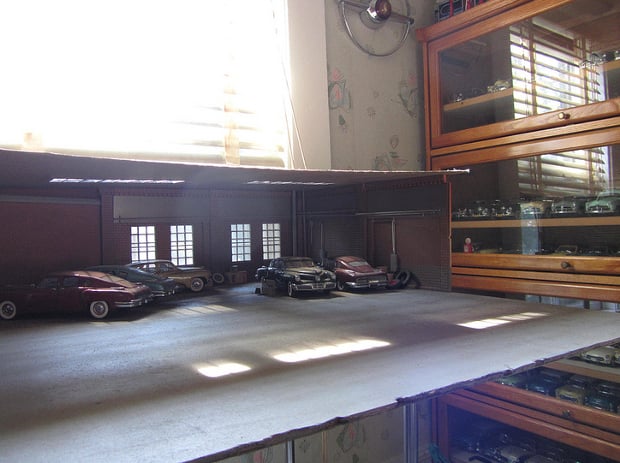 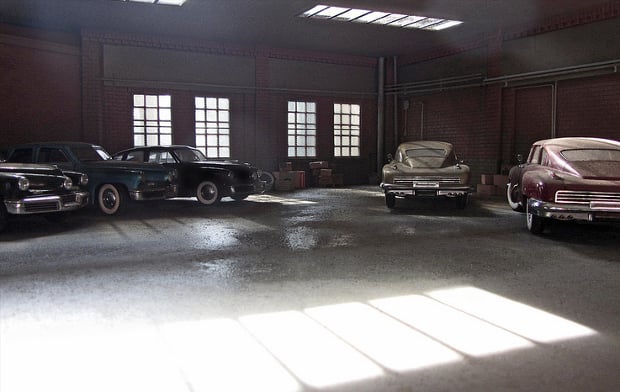 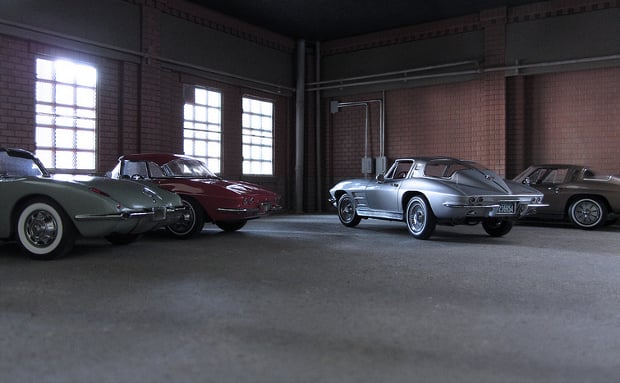 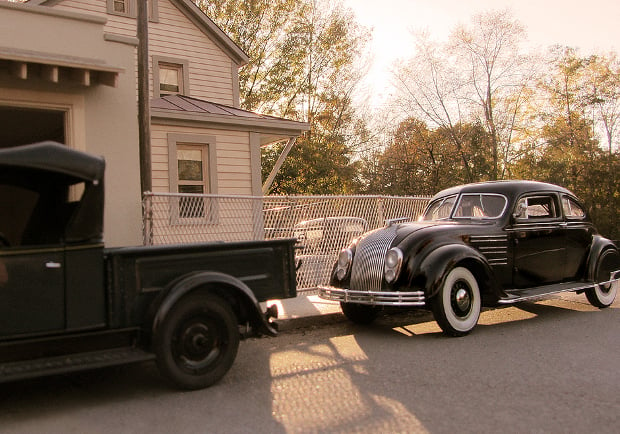 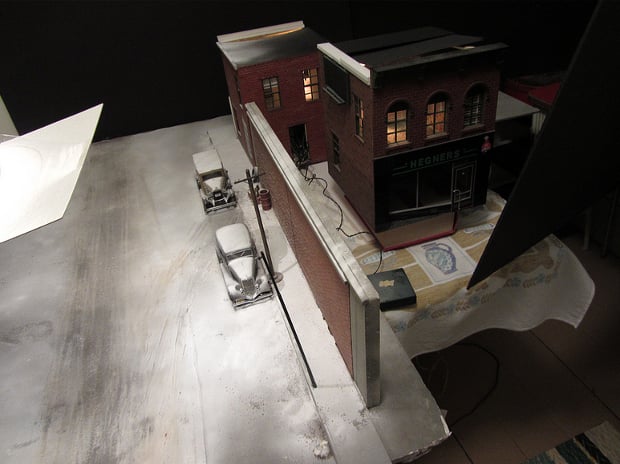 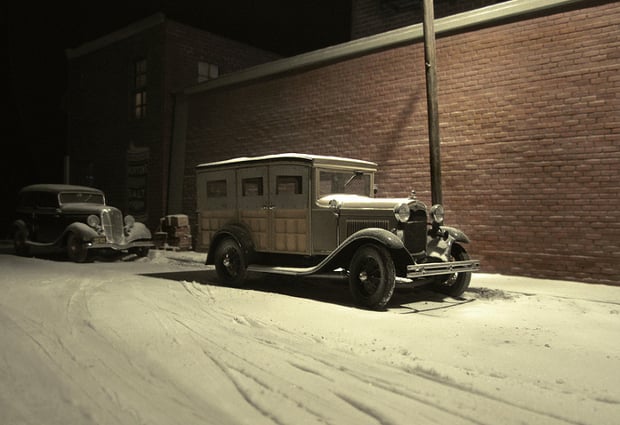 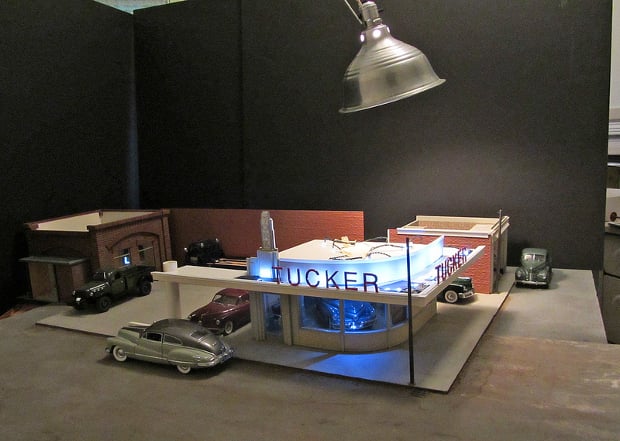 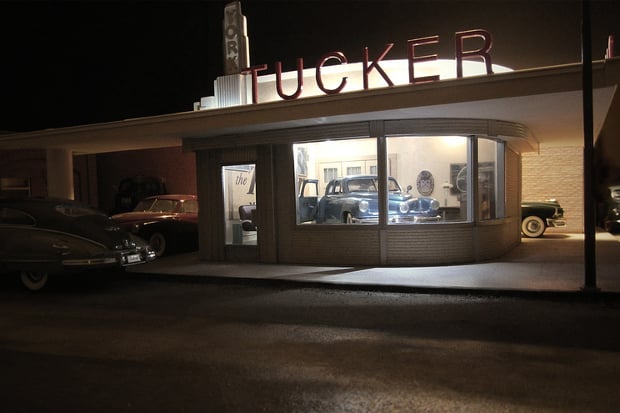 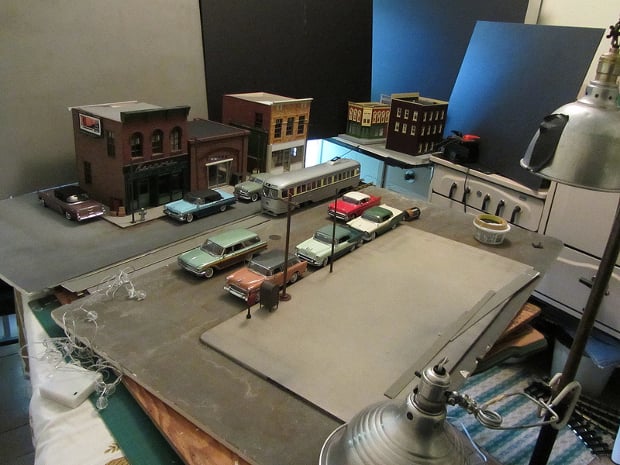 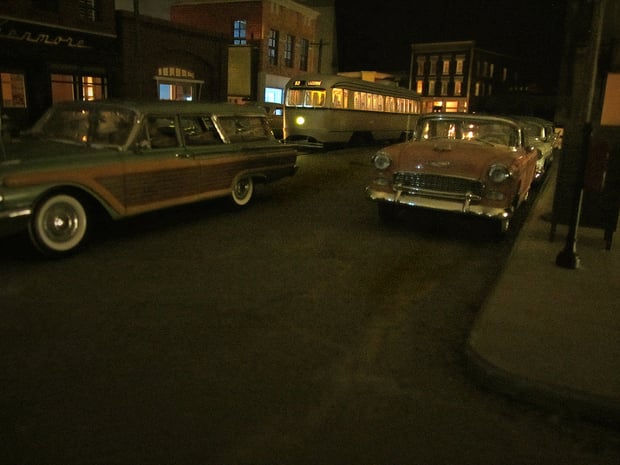 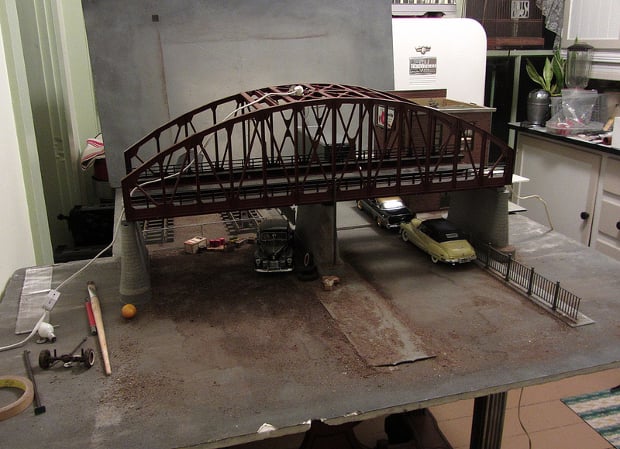 As he mentions above (and you probably already guessed) when it comes to putting these kinds of scenes together, as they say, the devil is in the details. When Fstoppers’ Gary Martin asked him what the most important thing to remember when creating models like this is, he responded with an adamant:

Keep everything in scale. From the thickness of the shingles down to the wallpaper design and door knobs, everything must be in the proper relationship to each other. I can’t stress that enough.

And if you want to see more of what that kind of attention to detail produces, head over to Smith’s Flickr and browse through the rest of his photostream by clicking here.